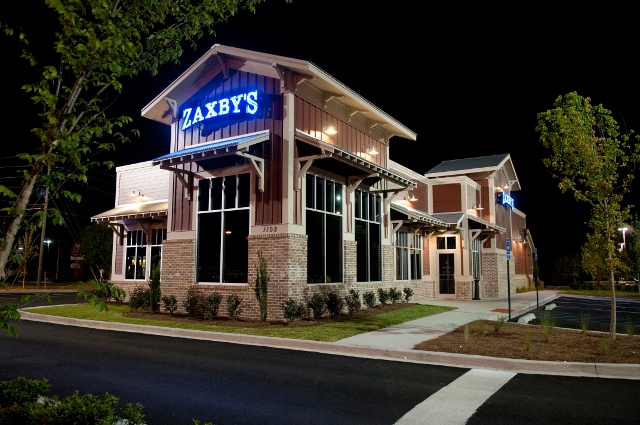 MRP Design Group recently completed work on a new design for Zaxby’s. With over 500 stores in the U.S. in 20 years Zaxby’s, a restaurant concept that started in Athens, Georgia was interested in a new design that would give them a new look.  Zach Mcleroy, the founder of Zaxby’s envisioned a restaurant that would identify with a farm theme. He specifically wanted a farm style silo incorporated into the design. Another desire was to design using exterior materials that would hold up to time better than the exterior insulated finish system (EIFS) which had been used on most of the previous restaurants. With these ideas MRP Design Group created a new design which includes the following features.

Construction has recently been completed for two Silo designs located in Valdosta and Lake Park , Georgia. These restaurants will be evaluated for additional design elements which may be used for future Zaxby’s restaurants.