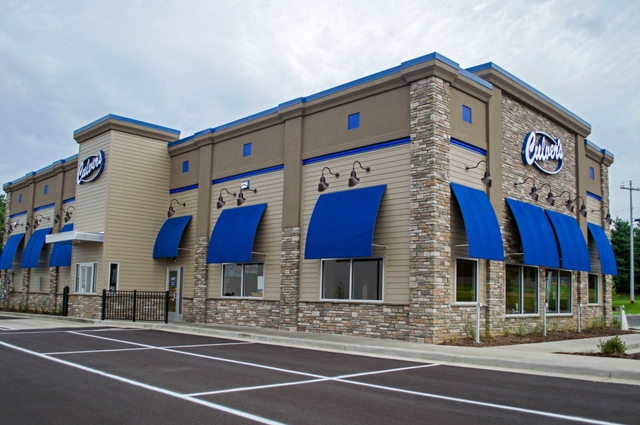 Since its inception in 1984, Culver’s quickly became a household name throughout the Midwest, spreading its roots across every corner of the U.S. Boasting a reputation for “butcher quality beef” and “real Wisconsin cheese,” Culver’s has surpassed most of its competition, ranking as the nation’s second-favorite burger chain according to Restaurant Business. As is universal in business, a restaurant concept with this much popularity and demand can only be confined to a particular locale for so long.

Over the past 34 years, what began as a simple burger joint concept out of Sauk City, Wisconsin has grown into roughly 600 restaurants across 24 states. That’s right. These numbers are quite extraordinary considering expansion on such a wide scale is rarely a simple feat. Failure in some capacity lingers around every corner, demanding each decision be made with careful and calculated consideration.

So what can the Culver’s business model teach us about overcoming the challenges of introducing a restaurant concept in a new market?

1. Prove your concept on your home turf

For starters, no restaurant becomes a franchise without first drawing crowds in its hometown. Prior to the Culver’s restaurant concept, the Culver family had been working in the restaurant industry for many years. After growing up serving guests at his parents’ restaurant, Craig Culver began drafting the initial plans for a restaurant concept bearing his family’s name.

2. Staple menu items are key but don’t forget the vegetarians

In these early stages, most successful restaurants define themselves by constructing a cohesive brand or identity. For Culver’s, this meant drawing from mother Ruth’s welcoming and kind personality and quality home-cooked dinner recipes. By focusing on enhancing the customer dining experience and providing their staple menu items, “Butterburgers” and “Frozen Custard,” Culver’s has created an identity every family can value. However, Culver’s offers more than just the favorites, ensuring everyone can find something they will enjoy. This element is especially noteworthy when analyzing Culver’s keys to success. Staple menu items are essential for any restaurant attempting to brand itself, but true reach and expansion are only attained when a menu appeals to a wide variety of tastes. It is by no mistake that Culver’s also offers chicken, fish, soups, salads, shakes and much more.

When the time was right for expansion, Craig Culver devised a strict set of standards and requirements to be met by all future franchisees. According to Forbes, this intense process includes having a net worth of $500,000 ($200,000 in liquid assets), working 60 hours in a company-owned restaurant without pay, and spending four months and $20,000 learning how to maintain and operate every aspect of the restaurant. After Culver hands over the reins to his franchisees, he tells them they must be at or around the restaurant at all times in case he calls. But is all of it really necessary?

In 2010, the Milwaukee-Wisconsin Journal Sentinel put Culver’s intense franchisee vetting process under the microscope, identifying a mere 1.7% rate of failure for all franchisees since the restaurant’s inception. This number is exceptionally impressive, considering the nation’s average rate of failure for restaurant franchises is 10 times higher.

The real push for expansion came around Spring of 2006. In an effort to reduce construction and energy costs, Craig Culver worked with his team to design the prototype of what became known as the Metro-98. This compact 98-seat version was said to be saving Culver’s, on average, $100,000 to $150,000 per location. More importantly, the size reduction facilitated Culver’s migration to urban centers around the U.S where space is far more limited.

Quality site designs and prototypes such as the Metro-98 can seriously reduce the probability for problems that would be inevitable otherwise. The architectural perspective is highly valuable when planning restaurant expansion because it allows one to easily conceptualize the project’s final outcome.

Since 2015, MRP Design Group has streamlined expansion into the Southeast with Culver’s corporate and franchisees. As Culver’s preferred architect for the Southeast, MRP Design Group have designed both ground-up sites and conversion locations with six projects currently in the construction phase and another three being planned. One particular conversion in Newnan, Georgia held record sales for several weeks after opening to the public. This was due in part because the Newnan site was actually larger than any of Culver’s prototype designs. In fact, the restaurant received so much traffic that it resulted in the removal of a small portion of seating. In its place, an extended drink station was installed, diminishing the sizeable bottle neck that had formed.

In addition to the Newnan location, MRP Design Group has worked on several other Culver’s throughout Georgia, Tennessee, North Carolina and South Carolina. Our architects ensure projects are completed on time, within budget, and to the client’s specifications. For Culver’s, these expectations translate to the business’s smooth and seamless restaurant expansion, setting up each franchisee for success.

As Craig Culver told QSR Magazine, “Culture is all about people.” Sure. The products and their perfected recipes are identifying elements for the Culver’s brand. However, Culver believes it is how the product is delivered that makes all the difference. Because he holds his company’s values in such high regard, Culver spends his days checking in on restaurants to ensure his employees are doing the same. Much like Culver, we at MRP Design Group demand the highest standards for every project we put our stamp on. We are proud to be a part of Culver’s development team and would like to thank everyone we’ve had the pleasure of working with on the Culver’s team these past few years.

MRP has added another promotional car to their stable. This 1969 Mustang Mach 1 will join our 1967 Shelby Clone where it will be displayed at various local car shows.