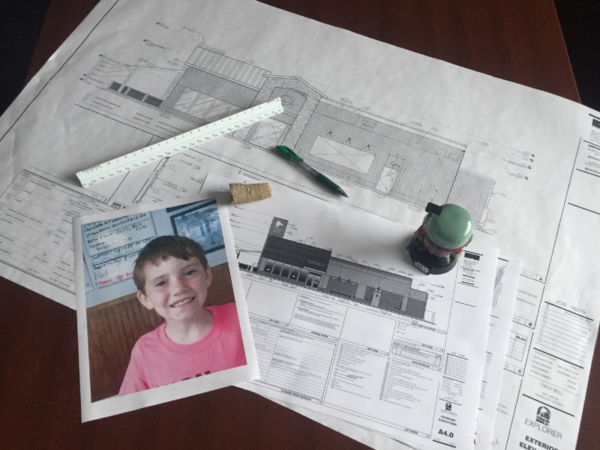 From humble beginnings taking care of animals and painting barns at his family’s farm to designing commercial architecture, Robert has seen quite a lot in his time. Seriously. He’s been to 48 states in the U.S. and even made two trips to Canada when he was younger. Additionally, Robert has held jobs as a butcher at a slaughterhouse and a manager at Denny’s, accruing a wide variety of experience.

Since the day he received his first Lego set, Robert knew he was destined for a life of design and creation. Unlike other kids, Robert rarely read the instructions and would adhere only to his own set of parameters. His curiosity followed him into adulthood where he graduated from Lego bricks to their concrete counterparts.

Robert spends most work days handling Culver’s and Taco Bell building designs. If you walk into the office, there’s a good chance you’ll hear him on the phone discussing architectural issues with clients. After all, Robert’s job as Project Coordinator revolves around catching problems or special circumstances within municipalities prior to construction. As Robert describes them, even seemingly perfect sites “have strings attached.”

Although Robert dreams of being able to visit national parks with his son, he thoroughly enjoys being able to work with such a close-knit team here at MRP Design Group. When he isn’t working, Robert is active with his son’s scout group and makes the most of his weekends by getting out of the house. Whether it’s camping or visiting new places like the aquarium, Robert loves being able to take a step away from everything and simply spend some quality time with his son.

With an impressive track record from just under 30 years of experience, JC is one of the most experienced project coordinators here at MRP Design Group.

Like most of the other project coordinators, Quinn is heavily involved with the management and drafting processes on a multitude of commercial architecture projects.