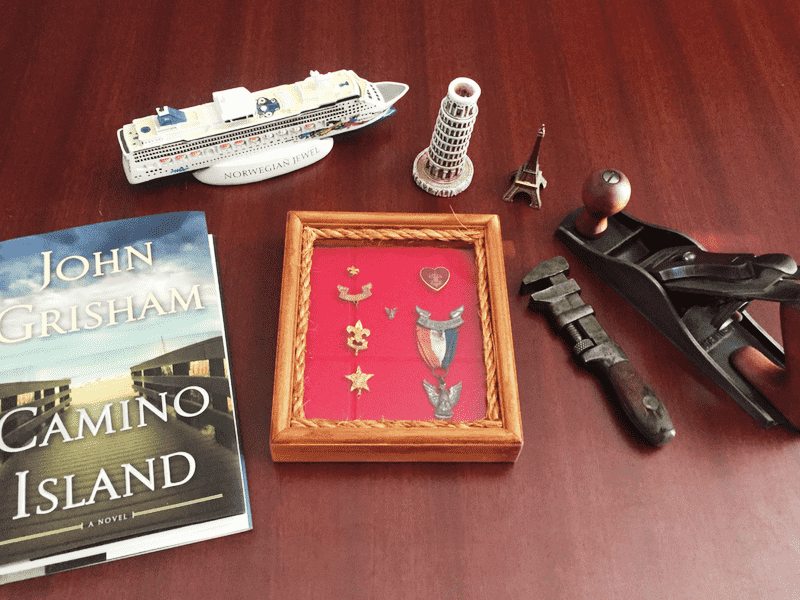 There’s no story here quite like that of Dennis Stenzoski. Long before the widespread influence of smart phones, tablets, and TV’s, kids spent most of their time exploring the world around them. Such was the case for Dennis. As a young Boy Scout, his eyes gleamed as they raced across a brochure for summer camp. With a newfound determination, Dennis scoured the deepest reaches of his neighborhood for bottles to compensate for the price of a train ticket.

Fun story: Upon arriving at camp, Dennis was assigned as the bugler. That’s right, each morning he brought the entire camp to life with his rendition of “Reveille.” Unbeknownst to Dennis, fate had something in store he never could have seen coming. On one particular morning, as Dennis walked that familiar dirt path to fulfill his duty, a loud cracking noise erupted beside him. Feeling as if his eardrums had burst, Dennis glanced down towards his leg to see where the pain was really coming from. To his surprise, the stinging sensation was the result of several fragmented pellets from a canon that was fired at the exact moment Dennis passed by. Only, it wasn’t the pain that upset him the most. Rather, the fact that Dennis would have to call his parents and tell them what happened filled him with dread.

For Dennis, the unfortunate mishap at camp only intensified his passion for adventure –leading to a lifetime of various road trips, cruises, and other unique experiences.

As a young adolescent willing to grab each and every passing opportunity, Dennis quickly discovered he had a proclivity for architecture through a vocational program at his high school. At just 17 years old, Dennis spent four hours each afternoon with a drafting board, honing his craft.

After working in the industry for many years, Dennis actually hired Ken Dalton, our president, at another company in 1986. Roughly 12 years later, Ken hired Dennis to work as MRP’s Senior Design Engineer, taking architectural designs and bringing them to life. His work usually entails strategically placing beams and columns throughout building designs based on weight distribution. This perhaps underappreciated task [by those outside the realm of architecture] is absolutely essential not only for maintaining the design elements, but more importantly, the safety and integrity of the structure itself.